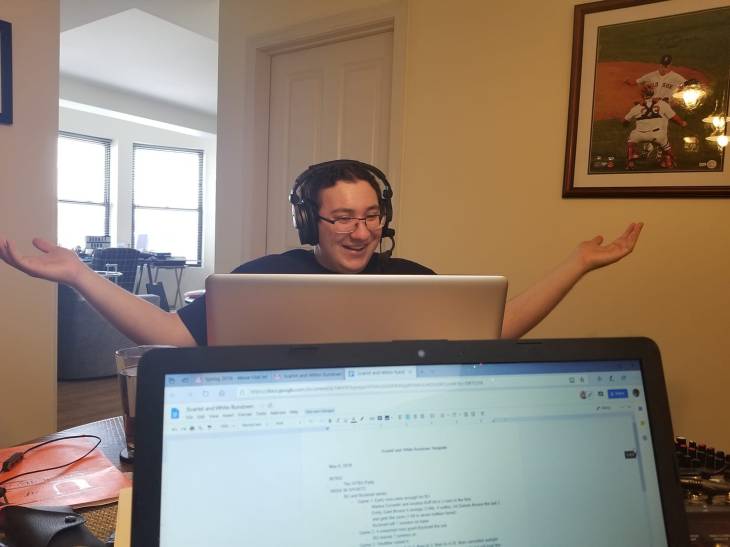 History at Churchill Downs has our hosts split: how would Max Wolpoff and Andrew Mason vote on Maximum Security’s disqualification at the Kentucky Derby?

A storm cell sweeping up the East Coast washed out the BU Softball season finale, but they do end up as conference champions because of a better record. The Patriot League tournament will now come to Boston starting this Thursday.

The NHL playoffs are a haven of parity, with three second round series potentially going to a seventh game. In the NBA, meanwhile, Boston loses at home and two series are tied at two games a piece.

For both our hosts, this week marks the end of their time as undergraduate students. They will return for more episodes after their last exams on Wednesday.

8:30 Game 7s in the NHL and competitive series in the NBA