The Boston University softball team kicked off conference play this weekend at home with a 3-game series sweep against Holy Cross. The team won 7-1 in the first game, 3-0 in the second, and finished off with a 2-0 win in an 8-inning walk-off win with a home run by senior second baseman Emily Morrow.”Just trying to treat conference play as a whole new season,” senior catcher Alex Heinen said. “Everybody has a clean slate, and you have to come out and go strong, so to come out and win these first three were huge.”

Terrier pitching dominated throughout the weekend. Freshman Emily Gant and sophomore Ali DuBois put up solid efforts in the circle. Gant pitched the first game of the series, tallying 14 strikeouts and only 1 run, and DuBois put up a 7-strikeout, complete game shutout to finish off Saturday play and send the team into Sunday with some momentum. Gant came back to close out the series in the third game, finishing the weekend with an 8 strikeouts, shutout performance including a smart play in the top of the 8th that resulted in forced outs at home and first and a BU chance to close out the game on top.

Offensively, the Terriers found their stride, racking up a total of 10 runs between the two games on Saturday, two of those initiated by a notable home run in the first game from  Heinen in the bottom of the 3rd to put them ahead 2-1. Sophomore Marina Sylvestri brought in two runs on a single to right center, and senior Madi Killebrew scored on an error by second base to cap a five-run inning. Morrow and freshman Nicole Amodio also contributed to the 10-run total in Saturday’s games. On Sunday, the team struggled to light the torch, but in the bottom of the 8th, Morrow crushed a homer to right field, bringing in Emily Gant to win the game.

The effort from the Terriers this weekend improved their overall record to 17-15 and puts them at 3-0 in conference play.

Heinen remarked on the Terriers overall game, saying, “The pitchers threw so incredibly, the defense just felt solid. I felt like everyone looked comfortable.”

The Terriers definitely came out strong both on the offensive and defensive side of things this weekend and are looking to carry the momentum into the rest of the season. Coming up this week, the Terriers will face off against BC on Wednesday and head into the weekend playing a 3-game series against Lehigh. 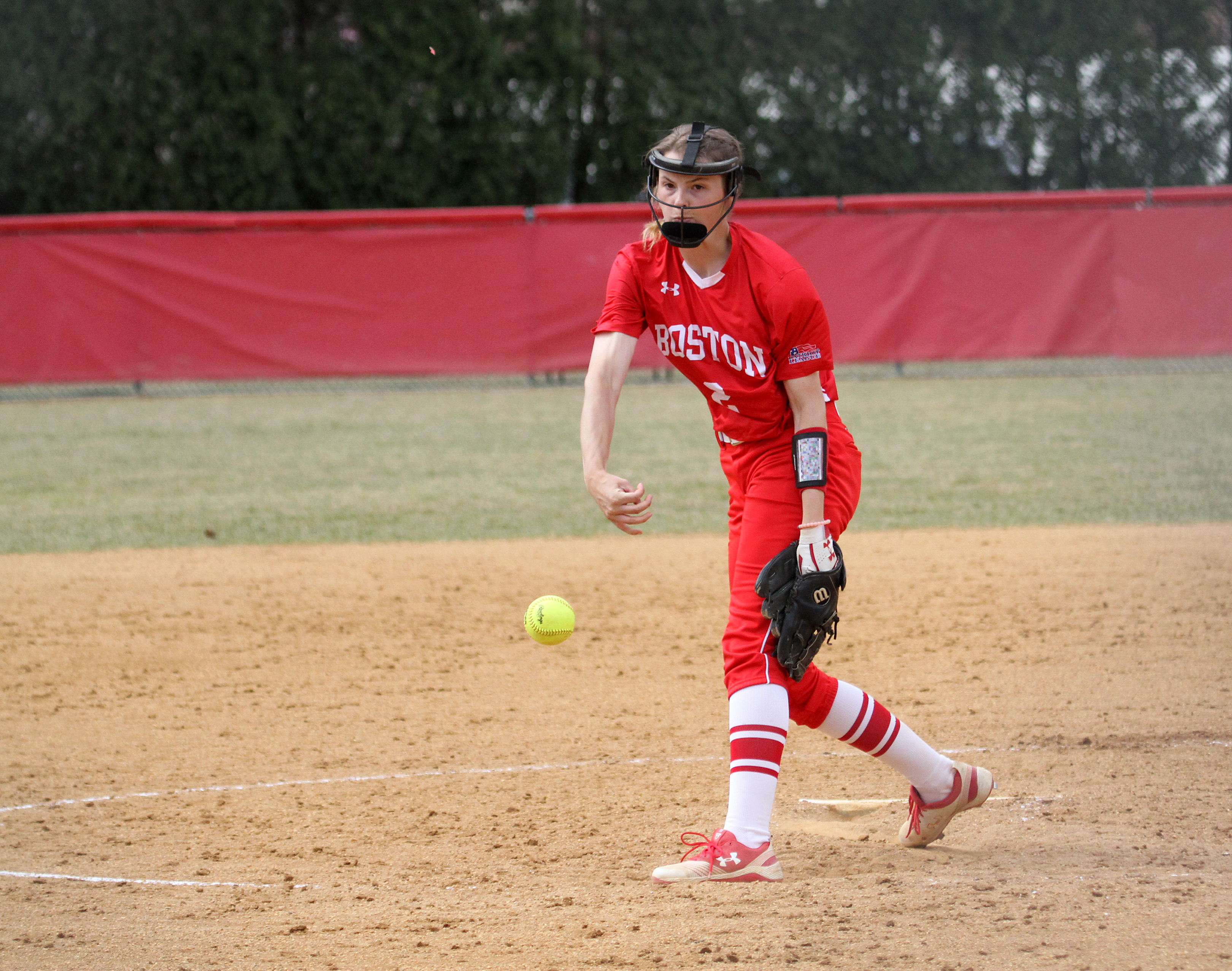