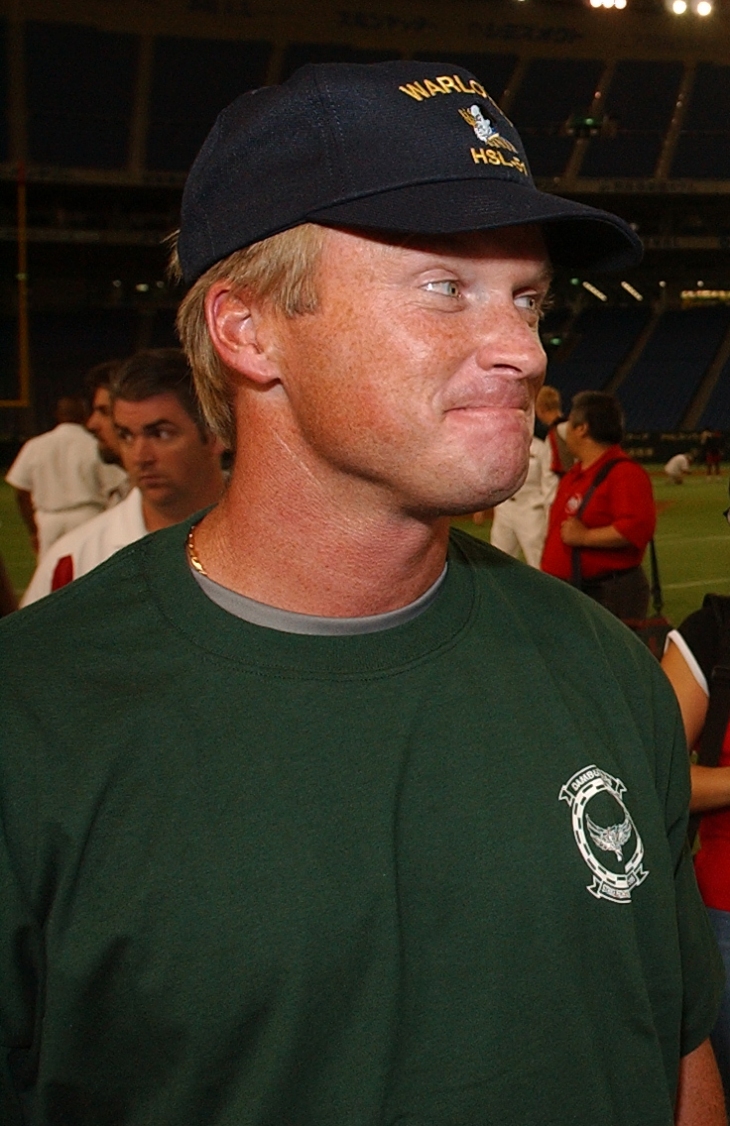 Since rejoining the Raiders earlier this year in his second term as the team’s head coach, Jon Gruden has done nothing short of demolishing the core of Oakland’s roster. Former NFL Defensive Player of the Year Khalil Mack? Gone. Two-time Pro Bowler Amari Cooper? Gone. With these blockbuster changes, Gruden has taken a wrecking ball to a team that made the playoffs just two seasons ago.

Talking heads close to the league have berated Gruden for these decisions. Fans around the NFL have mocked him for the Raiders’ sudden implosion. Oakland fans have denounced him as a lunatic, sabotaging their franchise. Needless to say, Gruden’s return to the Bay Area has been far from a romantic reunion.

But despite the relentless criticisms Gruden has received in his first head coaching gig since 2008, I understand what he is doing.

In fact, I approve of it.

If you’re going to lose, you might as well lose for a reason. With or without Mack and Cooper, Oakland would have been projected for more of the same; bottom-half finishes, season after season, destined for nothing but mediocrity for years to come. Rather than accepting this fate, Gruden is going down to go up; losing current individual talent for future overall strength.

First, for the case of Khalil Mack: sources close to the Raiders have suggested that there was a bit of animosity between Mack and Gruden, but locker room issue or not, I like the move. Trading away a superstar linebacker in the prime of his career is no easy pill to swallow, but the fact is that keeping Mack in Oakland would have been a waste of time for both parties.

Yes, Mack is a tremendous talent. And it certainly doesn’t hurt to have his skill at an important position in the middle of the defense. But there are eleven players on the field on defense, not one. The Raiders conceded the fourth most points per game in the league last season, and that was with Mack. Clearly, there are a lot more problems than one player can fix.

In trading Khalil Mack to the Bears ahead of the 2018 season, Gruden sacrificed a short-term spark for a long-term improvement. The Raiders pocketed a hefty return of a first-round draft pick in 2019, another in 2020, a second-rounder in 2020, and a sixth-round pick in 2020. Oakland also threw in a second-round pick and a conditional fifth rounder, both for 2020.

For Gruden, that’s a net gain of two first-round selections; two potent young players to bolster the Raiders’ defense for years to come. It also means freeing up cap space to distribute across the team, improving as a unit rather than shelling out hundreds of millions for a single player. As for Mack, the 27-year-old can now lead an up-and-coming Chicago team with talent on both sides of the ball, instead of trying to hold together a dysfunctional Oakland defense. A win-win for everyone involved.

Similar logic can be applied towards Amari Cooper’s situation. While it would have been nice to keep the 24-year old in the Bay Area, the hard truth is that the Raiders offense would have failed with or without him. All it takes is an elite cornerback or help from a safety to erase a wide receiver from a team’s game plan, so keeping Cooper around in a time of team development would have been an irresponsible use of both time and money.

Instead, Gruden sent the wide receiver to Dallas in a straight swap for a 2019 first-round pick. Add that pick to the two collected in the Mack trade, and you’ve traded for three first round picks in the next two years. Add the Raiders’ own first-rounders in those two drafts, and you’re up to a whopping five top-tier talents to be taken in the next two years. With two major moves, Jon Gruden has assembled a draft lineup that would have any coach’s mouth watering.

Sure, these trades mean the Raiders will be less competitive in 2018. But let’s face it; did Oakland really have a chance to make a playoff run this year to begin with? In the AFC West alone, the high-flying Chiefs are the favorites to win the conference’s number one seed, and the Chargers are putting together an impressive campaign that might secure them a Wild Card spot. The Raiders had low odds to get out of the division, let alone make a dent in the playoffs.

With a move to Las Vegas on the horizon, the Raiders should be focused on becoming a promising, exciting NFL team by the time they leave the Bay Area. Performing in front of a half-full Oakland Coliseum is not the priority for this franchise; instead, the aim should be towards gaining the support of a new fanbase in Las Vegas. With a 10-year contract in place, Jon Gruden is looking long-term, making the moves necessary to have his team at its best in time for their  relocation.

It’s going to be a tough year or so for the Oakland Raiders, but fans can be confident that this team is on the rise. They have the right plan for rebuilding, and the right man at the helm.