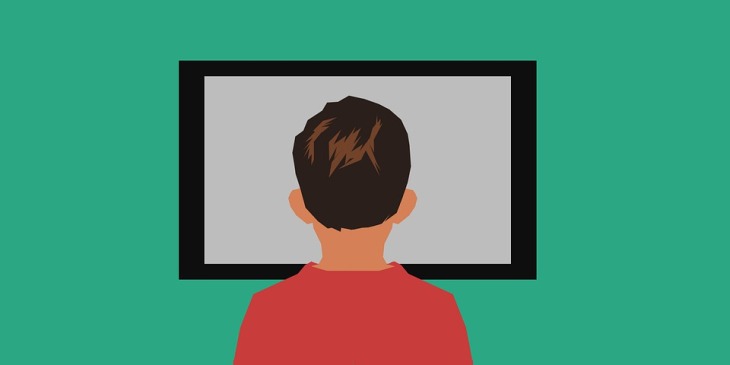 The advertisement shook me. It was more shocking then the grand slam by Ronald Acuna, Jr. a few innings earlier. Shocking may not be the right word, but “confusing” seems not strong enough.

Here I was, watching Game 3 of the NLDS between the Los Angeles Dodgers and the Atlanta Braves. It was a long Sunday, and all I wanted to think about was sports. Turns out, I would get no such reprieve.

In the commercial break between the bottom of the fourth and top of the fifth, the final ad displayed the worst part of this time of year: election season.

On a national cable channel, Fox Sports 1, Democrat Stacey Abrams bought ad space touting her accomplishments in relation to that of Republican opponent Brian Kemp. They are running for governor. In Georgia.

This was not like the ads touting Question 1 in Massachusetts inundating the very same game, which I seriously hope nobody in Georgia or California had to watch. This was a local ad bought for a national audience.

I had to remind myself that this is the new normal in America: the never-ending, all-consuming political campaign. Welcome to hell.

Massachusetts viewers know this phenomenon all too well. Around the presidential campaigns, ads targeting New Hampshire voters slip onto the Boston stations because of their reach into the southern-most cities. It is annoying to constantly see an ad calling for an action that is legally impossible.

Maryland, my home state, frequently sees spots for those running in Virginia from August to November every two years. Everything from governor and state senate to county representative and school board is fair game when watching local news and any of the Capitals or Wizards games.

Every few YouTube videos I watch on my computer or phone comes with a 15-second, un-skippable spot touting Charlie Baker for governor.

These cases of seeing ads for neighboring states and temporary resident situations are unsurprising. What bothered me enough to write a whole column about this is that this ad was for a political race in a state hours away by any method of transportation.

It is so easy today to be caught up in an election where one has no vote. Last winter, I got near-hourly updates regarding the special election in Alabama to fill a U.S. Senate seat. Sure, this was the only big thing going on and thus took up a lot of time in a news cycle always looking for literally anything to fill the news hole. The frustration remains despite that concession.

Astros fans might be sick of seeing Ted Cruz and Beto O’Rourke spar for their vote in the race for U.S. Senate in Texas. Imagine living in a state nowhere near the Lone Star State and needing to see the very same ads with unbearable regularity. Or living in Texas and seeing ads for Governor Baker’s re-election during the Red Sox-Yankees series.

In fact, do not imagine it anymore. This is the future of America: every political race is national in nature, even though most viewers will not affect the outcome in any way.

There is little anyone can do about this except wait for the election to be over. Even then, it is a few more months until hopefuls and dreamers launch presidential campaigns for 2020. Just wait until it is August and the Tokyo Olympics are on.

Sorry in advance, world: the limits of this hazardous waste spillage known as American politics knows no limits. It will spread and seep into the ground and air until it poisons the world with its toxicity.

Then Freddie Freeman crushes a first-pitch home run in the bottom of the sixth, and I strangely feel a lot better.