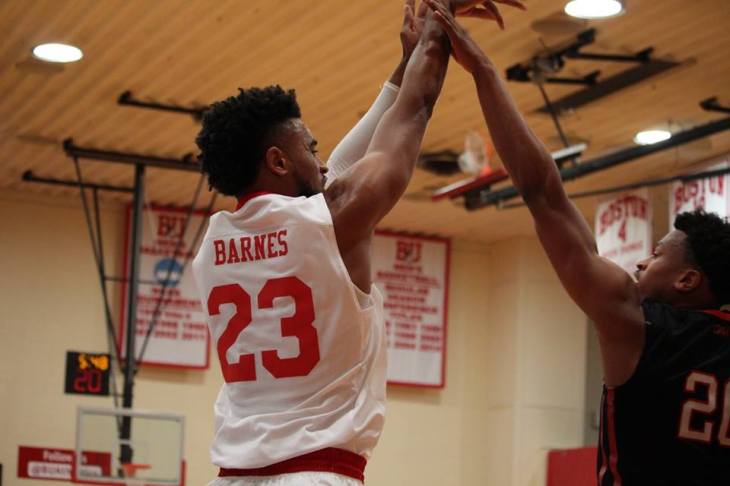 After two seasons with Boston University, 6-foot-6-inch swingman Destin Barnes will transfer to Florida Southwestern State for the 2018-19 season.

Barnes joins a juggernaut at the Fort Myers institution, which competes in the Suncoast Conference of the NJCAA. The Buccaneers went 30-3 last season while going undefeated both at home and in-conference. They made it to the quarterfinals of the NJCAA Tournament before falling to Vincennes University.

Florida Southwestern State, a junior college, plays in a swanky new arena that seats 3,500 people and has sent 10 players to Division 1 over the last two seasons.

Barnes will attempt to follow in the footsteps of these guys and rejoin a Division 1 program after his time in Fort Myers.

He showed promise during his freshman season with the Terriers. In his BU debut against Northeastern in November 2016, Barnes scored 11 points with a trio of three-point makes in 18 minutes. A few weeks later, he put up a career-high 12 points against Western New England and appeared to be establishing himself as part of the rotation with 7.6 points per game over the first five contests.

From there, Barnes played just five games the remainder of the season. His freshman campaign ended after a loss to Syracuse on December 10 due to an internal matter, something which also forced Blaise Mbargorba and Cheddi Mosely to miss the 2016-17 Patriot League slate.

Barnes rejoined the Terriers at the beginning of last season and posted 10 points and seven rebounds in a loss to Albany in the second game of the year. That would be the last game of Barnes’ Terrier career, as he did not play another game due to a shoulder injury.

Barnes is now the second member of the 2017-2018 team to transfer. Mosely, a fifth-year senior, will play a graduate year at La Salle this upcoming season.