Former Boston University women’s basketball head coach Katy Steding is headed back west, returning to the University of San Francisco for a second stint as the associate head coach of the Dons.

Steding served in the same position at USF from 2010-12, coaching alongside former Olympic teammate Jennifer Azzi. During her first go-round in the Bay Area, Steding had a hand in recruiting, scouting and player development. 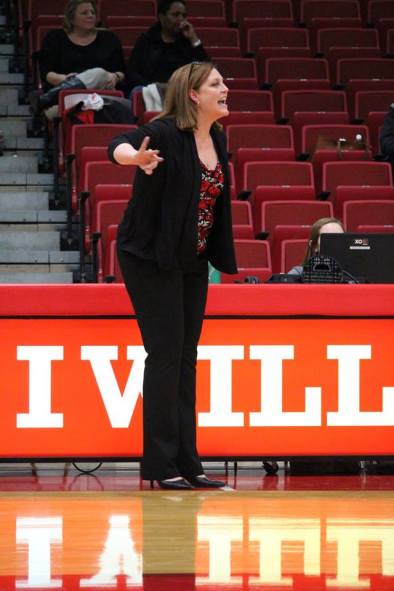 A former WNBA player, Steding spent four seasons coaching at BU. Her first two seasons at the helm were rough, as the Terriers fared 8-52. However, in 2016-17, the team’s luck was altered. After a dismal beginning to the year seemed to signal another disappointing season, BU turned it around in Patriot League play.

The Terriers went 11-7 against conference foes, a mark which included a four-game winning streak in the dead of winter. The record was BU’s best since joining the Patriot League five seasons ago.

The team appeared to pick up where they left off at the start of the 2017-18 season, winning five of their first seven games. However, their momentum was curtailed as BU fared just 5-13 in conference play.

Shortly after the season concluded, BU announced that Steding would not return as head coach.

The return to San Francisco represents a homecoming of sorts for Steding. She is familiar with the basketball circuit in Northern California, having spent her college years at Stanford before playing for the now-defunct Sacramento Monarchs of the WNBA in 2000.

Following her time at USF, the Stanford Hall of Famer spent two seasons in the Pac 12 as an assistant coach for Cal