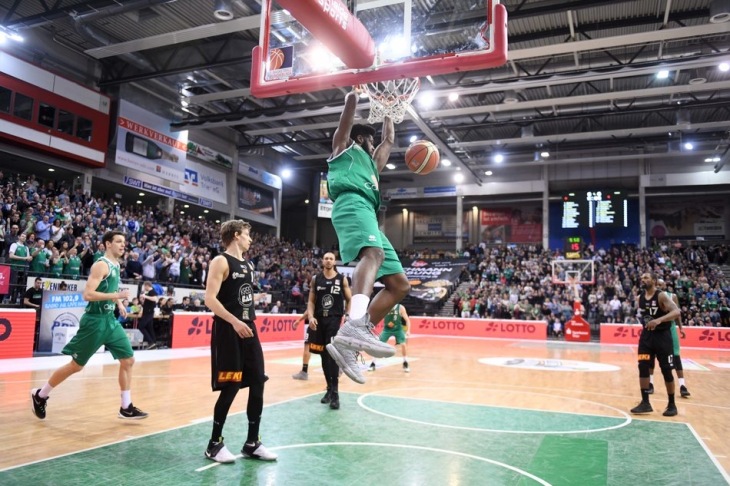 Boston University graduate Justin Alston ’17 recently returned home to the United States after spending his first year away from collegiate hoops on the German professional circuit. The 6-foot-8 forward spent the past eight months over 3,500 miles from home in Trier, Germany playing for the Romerstrom Gladiators.

“It was great,” Alston said. “I had to get used to a lot of things, the food, the language a little bit, but for the most part I really enjoyed myself. ”

As a senior at BU, the Silver Spring, Maryland native earned All-Patriot League Second-Team honors while averaging 12.0 points and 6.3 rebounds per game. After battling injuries, including a broken foot in his junior year in which he earned a medical redshirt for, he said his fifth-year senior season supplanted his value to professional scouts.

“That extra fifth-year that I got because of my injury really helped me grow and get stronger and get mentally prepared to be alone and be by myself,” Alston said. “It helped me get read to be a pro.” 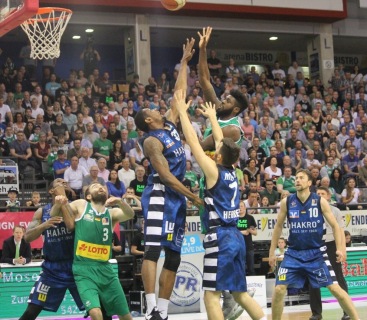 Oftentimes when American ballers go abroad, they encounter a language barrier with their new team. Luckily for Alston, everyone spoke English, including the coaching staff.

He did, however, claim he learned some German.

Alston played in the first seven games, but broke his foot again in late October. After missing three months into early February, Alston returned and secured four 20-plus point outbursts, highlighted by a 22-point, 17-rebound performance in a 73-67 victory over German Pro A rival Hebeisen White Wings Hanau on March 17. He led the Gladiators to a 21-18 mark, the team’s best record since joining the highest division in Germany.

“I continued to be resilient, when obstacles happen, such as injuries I’m always bouncing back,” he said. “Something I’ve learned this year is that when something goes wrong it motivates me to go even harder.”

Alston, who turns 24 on July 2, said he plans to continue to play in Europe, but with a different team in the coming season. He said he wants to stay in Europe because it, at least somewhat, is comfortable like home.

“It’s the closest thing to America that you can get, basically,” he said.