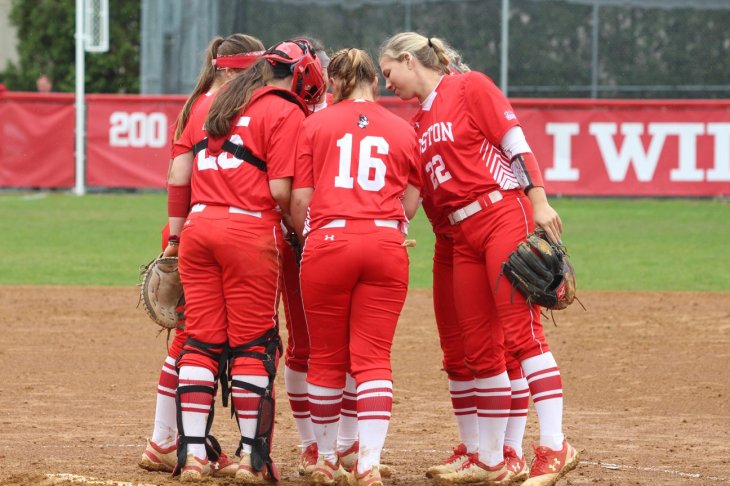 The Boston University softball season has now come to an end, but not without a long and successful run under head coach Ashley Waters. A mixture of veteran leaders and impactful freshmen led the Terriers to an appearance in the NCAA tournament, their second in three years.

Coming into the season, it was well known who was going to shoulder the load offensively. The lineup was loaded with Patriot League All-Star players, including the reigning Player of the Year in senior outfielder Jilee Schanda. Junior catcher Alex Heinen – who would capture Player of the Year honors this season – senior shortstop Brittany Younan and senior outfielder Emma Wong were all poised to come back for strong seasons as well at the beginning of the spring.

Of course with a pitching staff composed only of underclassmen, there was no certain answer as to who was the “ace” of the staff or who the team could lean on as a workhorse down the stretch of the season. 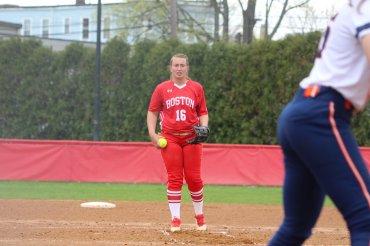 Freshman Ali Dubois wasted no time in claiming that spot. Dubois’ final line of the season reads 28-8 with a 2.02 earned run average. Dubois started 39 of the 49 games she appeared in during her rookie season. The Terriers’ freshman phenom was voted the Patriot League Rookie of the Year and Patriot League Pitcher of the Year. In addition, Dubois took home All-Conference First Team and All-Tournament Team honors.

The team finished a wild regular season with a record of 36-18. The regular season consisted of ups and downs, but had no greater feat than a major upset of the reigning national champion Oklahoma Sooners. During the Troy Cox Classic in New Mexico, the Terriers knocked off the then-No. 1 Sooners, 4-3.

The Terriers also ran the table in the Patriot League. Going 15-3 overall in the conference, the team won all six of their series, including three series sweeps (Lafayette, Holy Cross and Colgate). Other highlights include Dubois’ 8-inning no-hitter against Army West Point, and the team’s Turnpike Trophy win against Holy Cross.

The success in the Patriot League carried over into the conference postseason. Given their record and top seed from the regular season, the Terriers hosted the tournament.

Once again BU had their way with conference foes sweeping their way through the tournament – twice by way of the run rule. This clinched the Terriers a spot in the NCAA tournament.

The Terriers again drew the Sooners, this time in Norman, Oklahoma, to tangle in the postseason.

Now ranked No. 4, the Sooners got the best of the Terriers in the first game of the regionals beating them 9-0 in 5 innings. This put the Terriers in the loser’s bracket and pitted them against the Southeastern Conference’s Missouri, where they fell, 10-8, to end their season.

Finishing the year with a record of 39-20, the Terriers put together a storybook season. The seniors went out on top in the Patriot League while the underclassmen showed they won’t be going anywhere anytime soon.