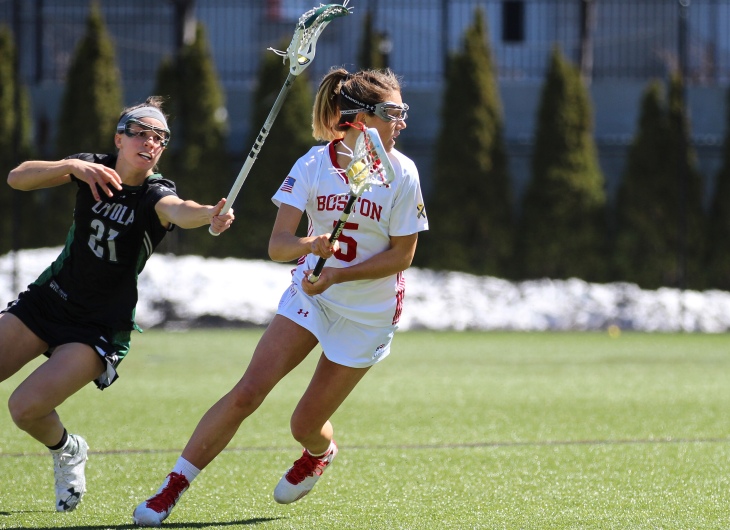 BALTIMORE — Eighth ranked Loyola Maryland is one of the nation’s top teams, and proved just that in Friday afternoon’s 15-6 Patriot League semifinal win over against Boston University.

Gaffney scored the game’s first goal on a free-position score less than two minutes into the contest. Lewis scored a goal to tie it up at two just over six minutes in before Loyola went on its run.

The Terriers fell 18-11 in the team’s regular season matchup on March 31 at Nickerson Field in Boston.