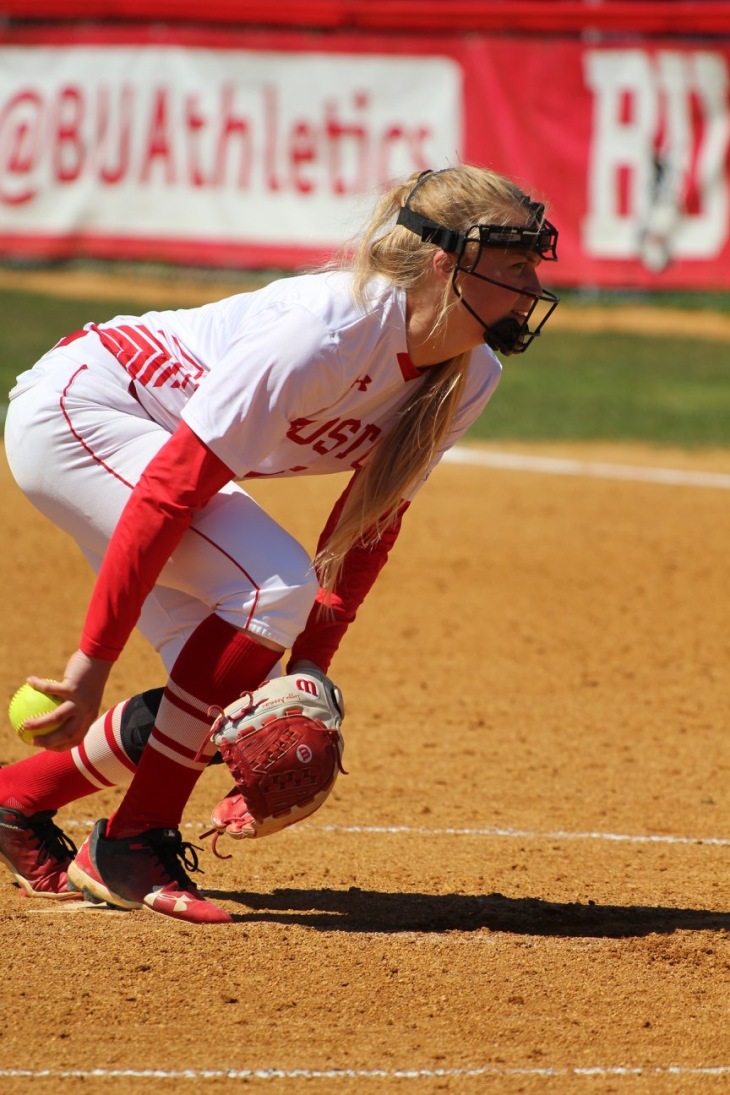 Lizzie Annerino found her groove nearly immediately on Wednesday afternoon. Facing a Big East opponent on the Terrier home field, the sophomore right-hander made sure to finish what she started.

Annerino (2-3, 2.17 ERA) made her fifth and best start of the 2018 campaign. She stymied the Providence offense in scattering five hits and one walk, striking out four in a complete game shutout and 7-0 win. She threw 95 pitches.

“I just threw a lot of different pitches in different zones,” Annerino said. “I’m gonna give you all my great pitches, but just mixed it up and kept them off balance with my change.”

“She did a really good job,” Terrier head coach Ashley Waters said. “She and I chatted last week and she wanted the ball which is something I love. She is a kid that has legitimately worked incredibly hard and wants to pitch. To have an outing in which she went the full seven, that’s excellent.”

Her drop and curve were unhittable, mixing in her nasty off speed stuff with a plus heater. Oftentimes, Providence hitters were completely fooled by her arsenal.

“I feel like coming out everyday, and being mentally dialed in, pitching wherever I’m needed,” Annerino said. “It may not be everyday, but that’s fine. As long as I have a role and we get a win, it doesn’t really matter.”

“For us it’s very important heading into these finals weekends to have someone who can shut offenses down,” Waters said.

After opening the game giving up consecutive singles to Providence’s Emma Lee and Julianne Rurka, junior catcher Alex Heinen picked Lee off at second base. Annerino followed with a strikeout and induced a flyout to left. She escaped a one out, runner on second base jam unscathed in the top of the second.

The Oak Lawn, Illinois native got a run to work with in the bottom half of the first when senior Emma Wong scored from third base on a play where a throw went to second when Heinen was trying to steal. Wong reached on a walk and advanced on a single by Heinen to make it 1-0.

Annerino appeared in 17 contests as a freshman, making five starts. She accrued a 7.91 ERA in 25.2 innings of work.

Wong came around to score again on an RBI triple by Heinen in the bottom of the third.

But Heinen wasn’t done, adding a two-run double with no outs in the bottom of the fifth inning to make it 4-0.

Senior centerfielder Jilee Schanda extended her hitting streak to 15 games with a 3-run bomb two batters later to finalize the score at 7-0. The reigning Patriot League Player of the Week hit her 2nd homer of the year, recording her 20th extra-base hit of the season.

Their offense has been red hot as of late, and there are no signs they are slowing down.

“There is not one person on our team that’s our hero,” Waters said. “We have a bunch of kids who step up in big moments and that’s the coolest part.”