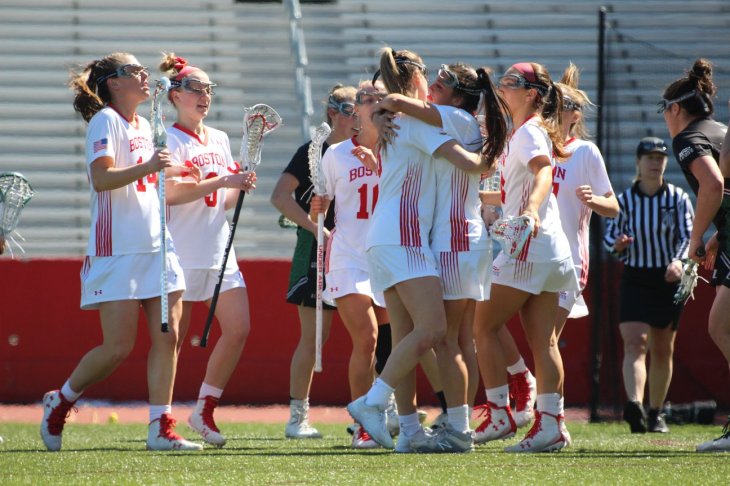 On Saturday afternoon in West Point, New York, the Terrier Women’s Lacrosse team (9-6, 5-3 Patriot League) stole a 9-8 win over Army (9-7, 3-5 Patriot League) to earn a berth to the conference tournament and its sixth consecutive victory.

Barry extended her stellar stretch, as she has now scored 17 of her 22 career goals during the winning streak. The Lake Grove, New York product has also recorded five of her eight career assists during the BU’s ascension to the upper echelon of the Patriot League.

The women’s team took the sixth and final lead change on Saturday afternoon when English, Gaffney and Matthews sparked a three-goal swing to make it 9-7 with 12:27 to play.

A trip to Navy will end the regular season slate for the Terriers, with face-off set for 1:00 p.m. in Annapolis, Maryland on April 28th.

The BU Men’s Lacrosse team earned the sixth and final seed in the 2018 tournament on Friday night with a victory over Holy Cross. They visit Bucknell on Tuesday in the first round of the Patriot League Tournament