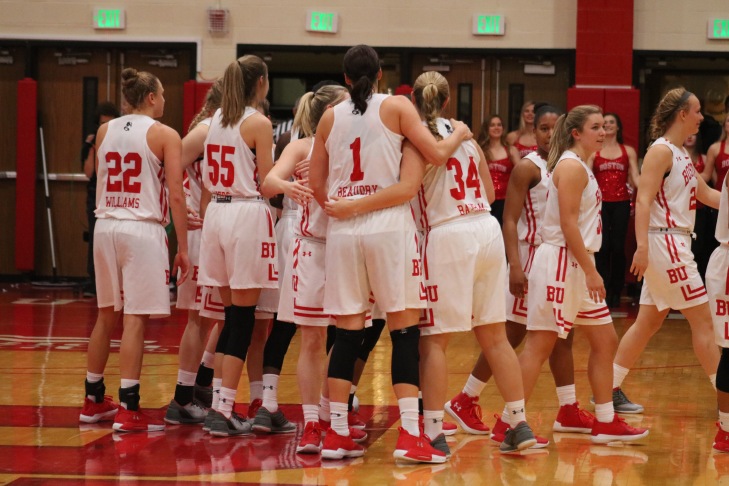 Boston University Athletics announced on Tuesday that Marisa Moseley will take over as head coach of the BU women’s basketball program. Moseley, a five-time national champion as part of UConn legend Geno Auriemma’s coaching staff, played basketball at BU from 2000-2004.

“I am honored and humbled to be named the head women’s basketball coach at Boston University,” Moseley said in the BU athletic department’s official statement. “I am excited to return to a place filled with wonderful memories and helped mold me into the person I am today.”

The announcement comes just over a month after the firing of former head coach Katy Steding, who tallied a 31-88 (.352) record in her four years at the helm. Moseley, who spent nine years at UConn, boasts a 331-14 (.959) record with the Huskies. She was a member of the UConn coaching staff during both the famous 111 and 90-game winning streaks.

Upon the announcement, the Springfield, Mass. native received high praise from many of her former players, including current WNBA star and three-time National Player of the Year at UConn, Breanna Stewart.

“I am so unbelievably happy and proud for Marisa to make this next step in her career,” Stewart said in the press release. “I am so grateful to have had the opportunity to play under her at UConn; not only did she help push me to be where I am today on the court, but she was someone who was always in my corner off the court. Boston University – you got a good one: a fierce competitor that will do all she can to create a successful basketball program, but will more importantly create a family atmosphere that will never die.”

“This is a great day for BU women’s basketball,” Auriemma stated in Boston University’s official statement. “BU is getting an amazing person who has the ability to transform the women’s program and create excitement that the players, the University and the fans can rally around. Marisa possesses the same qualities that every successful coach has: passion, energy, compassion, discipline and the ability to communicate effectively to her players. We are going to miss Marisa. She has made a lasting impact on our program and in the hearts of our coaches and players. I will miss her personally as a coach and more as a friend. Congrats to Marisa and BU.”

Boston University’s Director of Athletics, Drew Marrochello, voiced his confidence in Moseley to return the Terrier program back to its winning ways. The team has not won a conference title since 2003 – a team headlined by Moseley’s defensive presence.

“Marisa emerged from an outstanding group of candidates, and it became clear that she would be a perfect fit for this team and our department,” Marochello added in the press release. “Her charisma and enthusiasm are contagious, and her coaching pedigree speaks for itself. We are proud that she has chosen to be a Terrier again.”

In her four years playing for the scarlet and white, Moseley acted as a two-time captain, and helped lead her squad to the program’s only National Tournament appearance (2003). In addition to making the America East Honor Roll all four seasons, Moseley was voted the team’s Defensive Player of the Year in 2003, and is the program’s third-leading shot blocker with 114 career swats.

“This is an exciting time to be a Terrier, and I am confident that we will compete at the highest level both on the court and in the classroom,” Moseley said. “I feel privileged to lead this group of great young women in representing this prestigious institution. BU has had a great tradition of success in its athletic department, and I am committed to contribute to that legacy.”