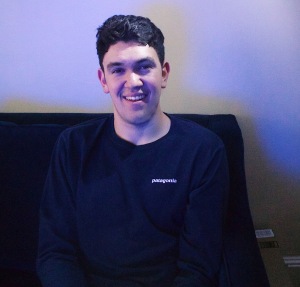 The chirps of the birds and the slightly less blustering wind coming down Comm. Ave mean a couple things, one of which being that spring is finally in the air. But to many across the country, the seasonal change has an import beyond simply an ever-so-slightly increasing thermometer. Baseball is back, and, for Red Sox fans, a highly anticipated season awaits. But this 2018 MLB season extends far beyond Yawkey Way, so here are previews of all six MLB divisions, with division winners predicted as well.

The 2017 AL West Champion Houston Astros did more than just win their division crown, dueling with the Los Angeles Dodgers for seven games and ultimately prevailing in the Fall Classic. There’s only more reason to be optimistic in Houston, with trade deadline acquisition Justin Verlander getting to spend the full season with the team, as well as the addition of RHP Gerrit Cole, who has enjoyed success in Pittsburgh.

This division is really Houston’s to lose, but it will certainly be worth keeping an eye on newly acquired Shohei Ohtani of the Los Angeles Angels, who hopes to regularly contribute both from the mound and from the designated hitter spot, something he did to great success in Japan. It remains to be seen if this will be effective in the MLB, but if the recruitment process by almost all 30 MLB teams is any indication, Ohtani is at the very least one of the most intriguing storylines to watch this MLB season.

The Minnesota Twins made an offseason splash, re-signing 1B Logan Morrison and
RHP Lance Lynn, while acquiring right-handers Addison Reed, Jake Odorizzi and Fernando Rodney. With the Twins impressive rise to the wild card spot in 2017, they’ve only bolstered their chances of challenging the Cleveland Indians. But between Corey Kluber, Jason Kipnis and Michael Brantley, the Tribe have too many really good players, all of whom know what it takes to win, to be stopped by the Twins, or anyone in the AL Central.

With the Tigers in a free fall, the Royals losing Eric Hosmer and Lorenzo Cain, and the White Sox still in rebuild mode, this is a two-team race – with the Indians having a huge head start.

Only three times in the history of the New York Yankees and Boston Red Sox franchises have both clubs entered a season with rookie managers. There is no shortage of expectations for either team, however, especially New York. With the addition of Giancarlo Stanton, the Yankees have arguably the closest thing to the famed Bash Brothers of the 90s, with Aaron Judge and the almost equally sized Stanton. But Boston’s own addition, J.D. Martinez, is huge in its own right, and the Red Sox return a talented lineup that only fell short to the eventual champions in the ALDS last year. The pressure on rookie manager Aaron Boone will be staggering in the Bronx, and the Red Sox may benefit from slightly less media scrutiny. Both teams could find themselves with the division crown, but if Stanton and Judge continue to be the players they’ve proven themselves to be so far it’s awfully hard to pick against the Yankees.

The Los Angeles Dodgers 30-year championship drought continued in agonizing fashion with a World Series Game 7 loss at home to the Astros, but there’s plenty of reasons to be optimistic in Chavez Ravine. That hope includes an unexpected return of an old MVP candidate. After trading for former OF Matt Kemp in the winter, most observers expected him to simply a bargaining chip in trade talks. Instead, he showed up to spring training 40 pounds lighter, and was tied for the team lead in home runs in March. With ace Clayton Kershaw, on the mound, young talent such as Cody Bellinger and Corey Seager continuing to produce, and veterans like Justin Turner and Kemp providing experience, the West should belong to the Dodgers. However, their path is peppered with a plethora of talent in the division, such as Arizona 1B Paul Goldschmidt and Colorado 3B Nolan Arenado.

The Chicago Cubs might have lost Jake Arrieta, but their replacement, Yu Darvish, should help pick up the slack immediately, despite his disastrous World Series performance in LA. Their one-two punch of Kris Bryant and Anthony Rizzo is probably the best power duo in the league west of the Bronx, and this team will most certainly be hungry for redemption after an NLCS loss to the Dodgers in 2017. The Cardinals could compete with Chicago after adding LF Marcell Ozuna, but a lot will depend on the effectiveness of now 36-year-old RHP Adam Wainwright. The Brewers added outfielders Christian Yelich and Lorenzo Cain, but don’t have the rotation or bullpen to compete with the bigger names in the division. In Pittsburgh, the Pirates traded OF Andrew McCutchen away, and have thereby removed themselves from the Central division race. This division seems almost certain to stay in the grasp of the Cubs.

The rookie manager trend continues with the Washington Nationals, as former skipper Dusty Baker was replaced by Dave Martinez in the offseason. The Nationals missed OF Adam Eaton last year, and if he is able to return strong from injury, Washington’s lineup and outfield will see a huge boost. Bryce Harper is in his contract year, and has had time to recuperate in the offseason after injuries of his own. In Philadelphia, the Phillies added RHP Jake Arrieta in the offseason, but still likely don’t have the lineup to match up with the Nats, despite promising young stars like JP Crawford and Rhys Hoskins. The Mets have a new manager too, and added veteran bats like Todd Frazier and Adrian Gonzalez, but still have too many uncertainties to figure to compete for a division title.