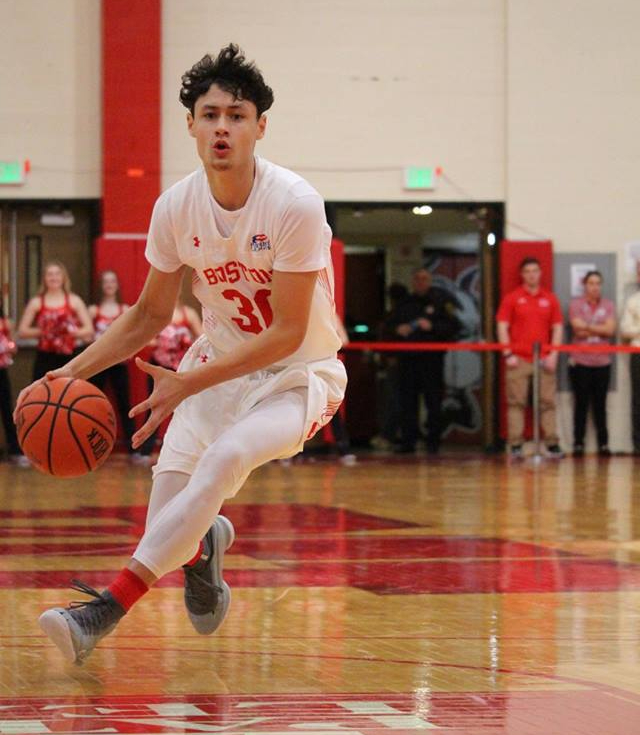 With 52.5 seconds left in Boston University’s 81-65 win over Lafayette on Tuesday night at Case Gym, freshmen guards Javante McCoy and Walter Whyte were sitting side-by-side on the bench next to the coaching staff. Not because they were getting direction, but as reward for a remarkable effort in snapping a five game skid.

McCoy corralled a career and game-high 21 points on 8-15 shooting to go along with six rebounds, two steals, and two blocks across 27 minutes, while Whyte returned from a four game absence due to an injury suffered in practice and collected 14 points and three offensive rebounds in 18 minutes off the bench.

“We play well together, so it’s good to have him back,” McCoy said of Whyte. “I’m just excited for the future.”

Whyte’s return signaled a healthy team for Terrier head coach Joe Jones, something that has not happened in weeks due to a slew of injuries. With Whyte in the lineup, BU is 9-5 in conference play; Without Whyte, BU is winless in Patriot League play.

Jones said he had trouble setting his rotation with limited bodies, but now his team is at full strength.

“The pieces fit together better,” Jones said. “I had a hard time trying to figure out how to win with him and Ced [Hankerson] not in the mix… I was having a hard time because we weren’t even close to the team that was winning.”

McCoy’s unique blend of size and athleticism coupled with Whyte’s tenacity on the glass sparked a comeback from a 15 point deficit midway through the first half. The Terriers (13-15, 9-8 Patriot League) stretched a lead to as much as 27 thanks to a 59-17 run spanning the last two minutes of the first half until 3:48 remaining in regulation to make it 81-54, ultimately derailing the Leopards (9-19, 7-10 PL).

The duo even connected on a triple when Whyte nailed a right-corner dagger off a feed from McCoy, who hit one the previous possession to beat the shot-clock buzzer.

Senior Cedric Hankerson notched 17 points, including hitting five of six from beyond the arc. McCoy and Jones agreed when the older players succeed, the younger follow suit.

“It’s big,” McCoy said. “When we see them shooting the ball with confidence it carries over.”

“It all feeds in, the team’s gotta fit together,” Jones said. “The team really fits together well and having all those pieces with the older guys play well definitely gives the guys confidence.”

McCoy started in 24 games and appeared in all of the Terriers 28 games, and Whyte has started in 21 of 24 games. McCoy averages 8.5 points per game while Whyte holds averages of 9.0 points and 5.0 rebounds per game.

While much of his contributions go beyond the stat sheet, Whyte’s certainly caught the attention of his coach.

“[Whyte] effects the game in ways much different from other guys on our team,” Jones said. “He’s really important to our team and when we lost him, we lost a lot”

Each has made crucial plays throughout the season for the Terriers, and Jones looks for the entire team to come together for the final game of the regular season on Saturday at Army and the playoff stretch.

“We’re hitting our stride at the right time,” Jones said.