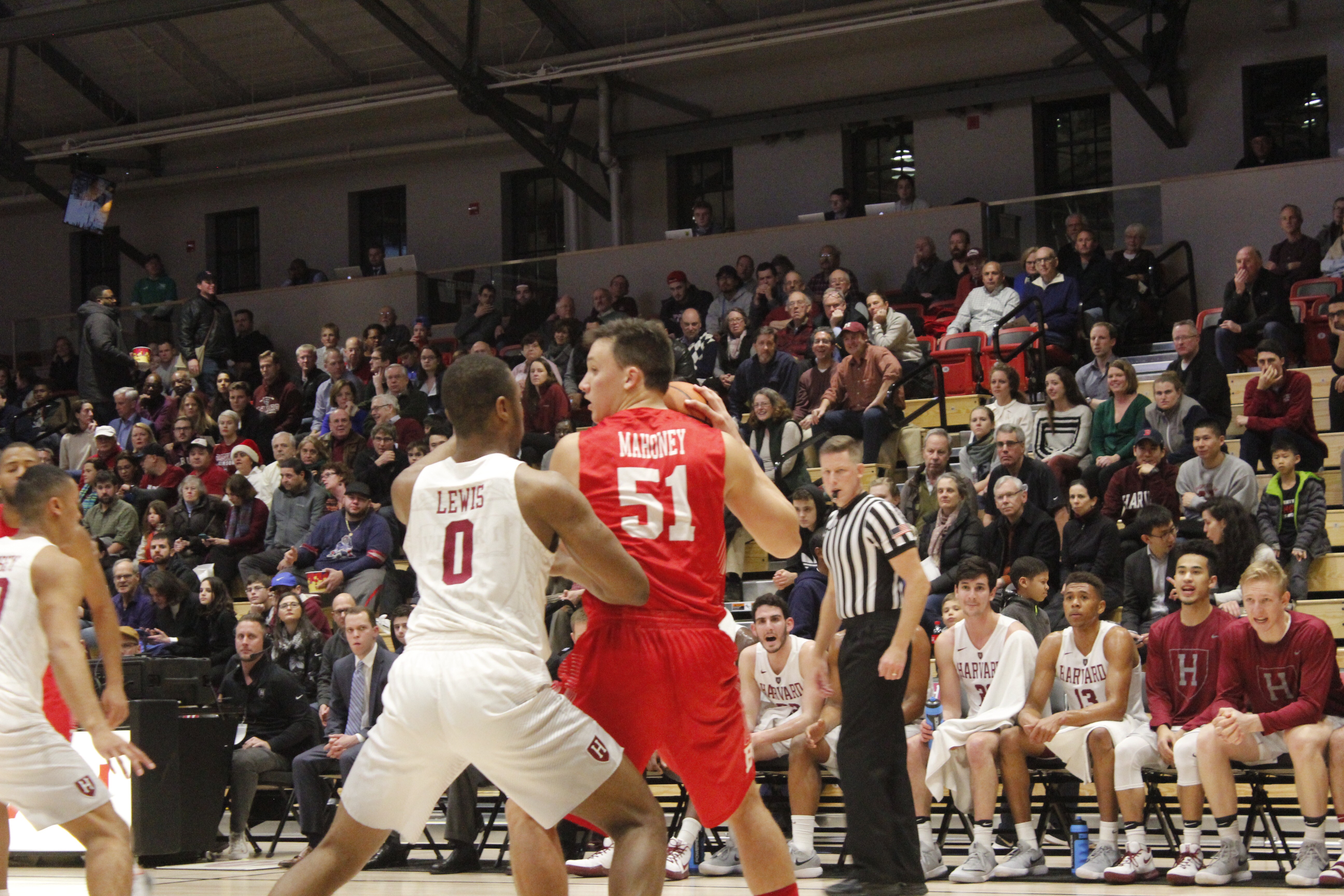 After a two-game road split with the unlikeliest of results, the Boston University Men’s Basketball team returns to Case Gym on Monday night for a tilt with perennial Patriot League powerhouse Lehigh University.

An improbable 84-79 win at Bucknell University followed by a disappointing 68-65 loss at Loyola Maryland brings the Terriers (6-8, 2-1 Patriot League) home for a rematch of last season’s Patriot League semifinal double overtime thriller. BU won both of the regular season matchups, but Lehigh snuck out a 91-88 victory to advance to the 2017 Patriot League title game before falling to Bucknell.

“I try not to get involved with stuff like that, what happened last time,” said Boston University Head Coach Joe Jones. “Sometimes it’s hard not to go there because you want to fire your guys up, but we’ve got to find a way to be ready to compete each and every night. We just got to be ready to play.”

The Mountain Hawks (7-7, 2-1 Patriot League) come off an 83-77 victory over Holy Cross after splitting their first two conference decisions on the road. Junior Lance Tejada scored 25 points in his return from injury, and sophomore Pat Andree added 17 points as a part of five players in double figures.

“Tejada is as good of a guard as there is in the league ,” Jones said. “Him and Kahron Ross make up arguably the best back court in the league. They’re an explosive offensive team.”

Junior Kyle Leufroy checks in at 11.5 points and 5.5 rebounds per contest. Andree is the fourth Mountain Hawk in double figures at 10.1 points-per-game.

Terrier sophomore forward Max Mahoney continued his torrid stretch over the road trip, netted a combined 30 points and nine rebounds over the last two games. He’s the second leading scorer for BU at 11.8 points-per-game, and is tied for the team lead in total rebounds, averaging 4.9 per contest.

Senior guard Cedric Hankerson paces BU scoring at a 14.7 points-per-game clip, good for ninth in the Patriot League. After hitting the 20-point mark in four of five games, Hankerson struggled in the loss to Loyola with eight points on just 3-of-9 shooting. He also committed three turnovers without recording an assist.

Sophomore forward Tyler Scanlon has also seen an uptick in his scoring production. He is at 8.9 points-per-game, but has reached at least 11 points in each of the Terriers last four contests, including a season-high 17 points in BU’s victory over Army.

“He’s taken a step in terms of how hard he’s competing and it shows,” Jones said. “We had a chat after the UMass-Lowell game. From that point he’s really taken it upon himself to try and take us to another level.”

After spending the entirety of the 2017-18 campaign dead last in the nation in free throw shooting, the Terriers seem to have reconciled the snafu. They have shot at a 70 percent mark the last three games, and are fourth in the Patriot League in free throw percentage in early conference play.

“We were practicing and guys were making between 77-95 percent every day,” Jones said. “Every guy on the team was within that ballpark. I felt like there was no way we would shoot this bad all year. We’ve got too many guys who are better shooters than that. We didn’t really dwell on it, we just kept working on it.”

Greg Levinsky is a rising senior at Boston University studying journalism with a strong interest in sports reporting. He is currently a sports reporting intern at the Detroit Free Press. He is also a Sports Correspondent at The Boston Globe. Greg has interned for the Portland Pirates, WEEI and the Falmouth Commodores of the Cape Cod Baseball League in writing/broadcast capacities. Greg is a staff writer for WTBU Sports out of Boston University, covering an array of sports. He is also a broadcaster seen on the Patriot League Network, Ivy League Network and NESN. View all posts by Greg Levinsky